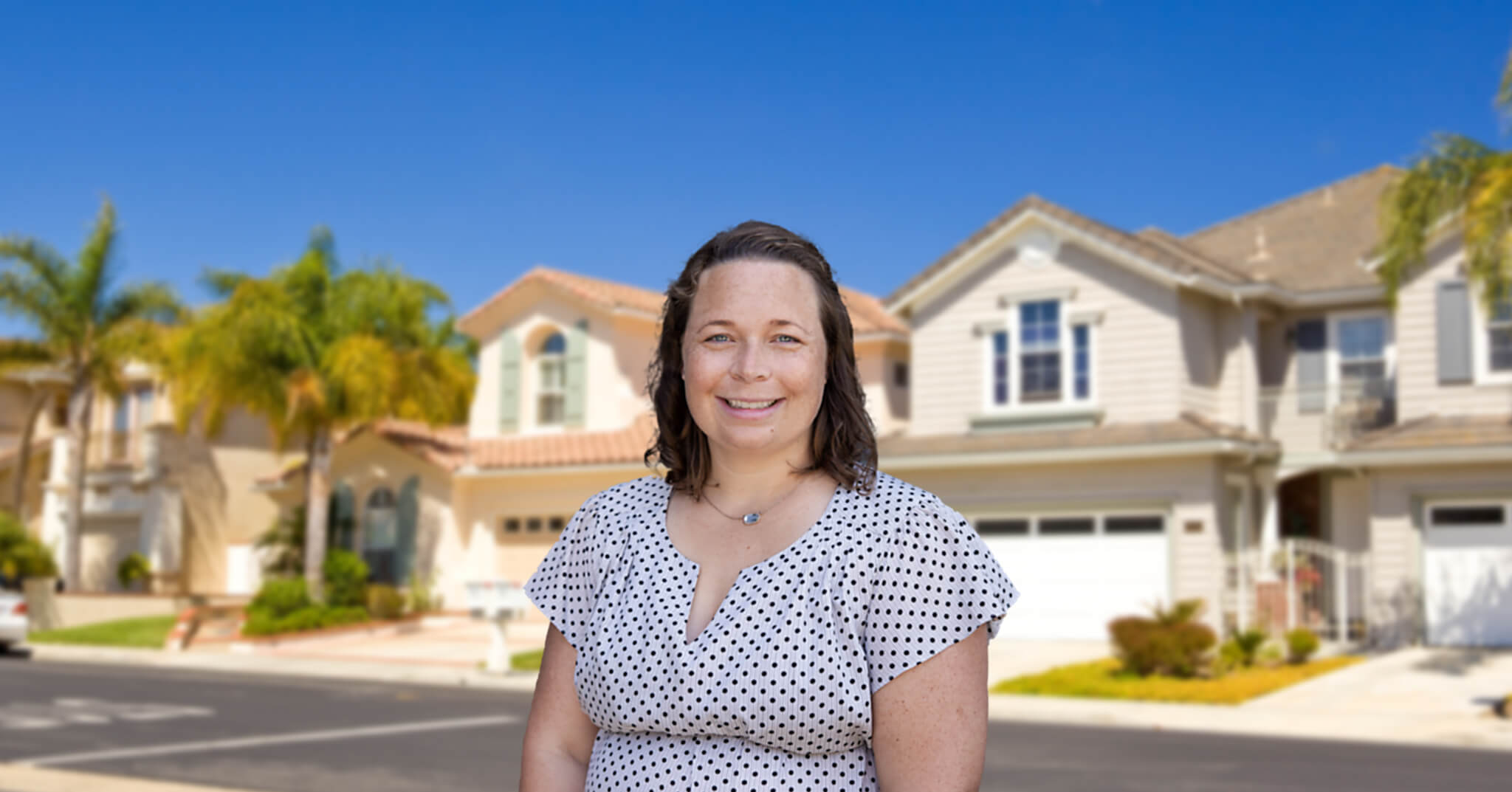 Building relationships and empowering people are two of Keystone’s core values established to set up communities and team members for success. Upholding these values helps facilitate a smooth transition for communities when they switch to Keystone for their HOA management. It takes a dedicated, detail-oriented, and deftly-equipped individual to lead the charge, which describes Director of Community Management, Danielle Salinas, or affectionately known internally as “Queen of Community Transitions” to a tee.

Though the team-appointed title may seem cheeky, it’s not without merit when fulfilling her role. Danielle’s keen eye for detail, organization, and follow-through has been at the core of every position she’s held at Keystone. Eight and a half years ago, she began as an associate and within a year, she was promoted to community manager, and eventually onto group coordinator. She says maintaining this responsibility, in addition to her current director role, is extra helpful because she knows what’s needed to set up a property for success.

Additionally, Danielle has surpassed the average expectation for “attention to detail” by implementing a 110-point checklist of transition items to streamline her director responsibilities. This is a resource she took the initiative to enhance and it provides value for both her internal team and the properties Keystone takes on. Though much of her work is diligently done behind-the-scenes, everyone involved is then set up for success as a result of her detailed efforts.

All hail the Queen

Once a new contract is signed, the transition process begins and the clock starts ticking. It’s all hands on deck as community managers and boards of directors prepare to pivot. Danielle’s goal as she directs the transitions of new client communities is to provide the assigned community managers the information necessary to hit the ground running.

Approximately 45 days before the start date, Danielle requests materials from the previous HOA management company, such as governing docs, meeting minutes, and project punch lists, as well as facilitates the set up of a new website with Keystone’s IT Team, when applicable. Additionally, she sends a pre-drafted introductory letter from the board to make homeowners aware a change is coming. Then, a follow-up letter is sent with the first billing statement.

Guided by her enthusiastic commitment to the role, everything she does complements each new community manager’s own extensive research on the community, its amenities, vendors, and how everything runs to ensure a smooth and successful hand-off.

Certifiably at the top of her game

Danielle credits Keystone for giving her the freedom to make her role as Director of Community Management her own, an opportunity that she has grasped wholeheartedly. Recently, she surpassed her first anniversary of holding the position and has impressed team members across the company with her ability to execute a transformative difference in the transitions process.

Director of Business Development, Michael Tripp shares, “At the end of the day, Danielle is responsible for the first impression of Keystone during the transition process. The systems she’s put into place, the checklists, thoroughness, and transparency have resulted in one of the strongest transitional departments industry wide. She’s responsible for an imperative part of what we do, and no one does it better.”

To achieve this pinnacle of success, Danielle had to present a case study on an active community, conduct two-day, onsite interviews with the board of directors, attorneys, and association members, write a 120+ page paper, and answer 10 questions on how to better the community. If earning this credential in January 2021 isn’t impressive enough on its own, she did so while nine months pregnant and one week before moving into a new home.

She also has received a Keystone Core Value Award for Servant Leadership, as well as an Improve-a-Life Award, which is only given when an individual receives, unsolicited positive comments from a board or team member. Despite her impressive background and continuing accolades, Danielle says it’s most rewarding knowing the work she does sets up managers for success with a new community and enables them to launch a good relationship with the board.

As far as ambition and achievements, they don’t stop in her professional life. In 2016, Danielle earned her private pilot’s license. Once dreaming of becoming an Airforce pilot in college, she now enjoys flying recreationally and hopes to enjoy more of it once her children are a little bit older. Family is where she focuses her free time most, especially now as she welcomes her second addition.

We couldn’t be more grateful to have Danielle as part of our team, as she exemplifies the core values Keystone upholds and inspires everyone around her. Interested in exploring a rewarding career in HOA management? Browse our recent job opportunities and submit your resume today.